Kathryn Harkup and the Science found in books 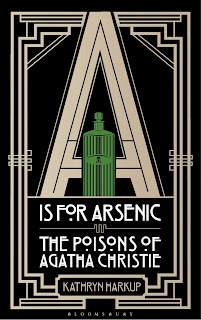 This week is quite special as I was honored to interview best-selling author Kathryn Harkup. Kathryn writes in a very niche genre of looking at the science behind some of the most famous literature in history. I read her book A is for Arsenic, which is all about the poisons in Agatha Christie, and then Making of the Monster, which is all about the science behind Frankenstein, before reaching out to her. As someone with a background in English and Biology, I've come to love Kathryn's take on things, showing that science and art connect seamlessly.
Her book A is for Arsenic, dives into the use of poisons within all of Agatha Christie's novels. In researching this book, Kathryn admitted to me that she had to read all 83 of Christie's works in order to find the poisons Christie used. There are approximately 14 poisons used within Agatha Christie's books, and Kathryn dives into the chemistry behind each poison, which books it is found in, as well as famous historical cases that the poison has been used in. From Arsenic all the way to Thallium, poisons have been used for centuries. This book will keep you on the edge of your seat, and very much entertained. As one who loves true crime and science, this book was the perfect balance of both those things. 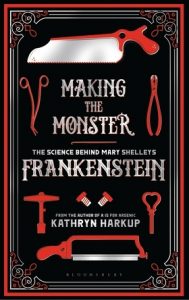 Kathryn's more recent book Making of the Monster is different it that it follows the life of Mary Shelley, the author of Frankenstein, and where Shelley learned her science to write Frankenstein. Kathryn gives cases of body-snatching, Victorian medicine, and the drama of Mary Shelley's life to show that Frankenstein may be more reality than myth. This biography of Mary Shelley is nothing like I've read before, and made me want to learn more about the author. I also wanted to know more about body-snatching. Apparently, in Victorian times, there was a shortage of cadavers for anatomy labs in many of the hospitals and universities around the U.K. Enter the body-snatcher, a man or woman (typically a man) who would exhume bodies from cemeteries and sell them to hospitals or universities for profit. While this was illegal, it would take a few years before body-snatching was officially abolished. If you ever have seen metal cages over coffins, this is why they are there, to keep the dead in their place. Kathryn's book explains more of the horrors and mysteries of body-snatching than I could. Have a read and find out for yourself! 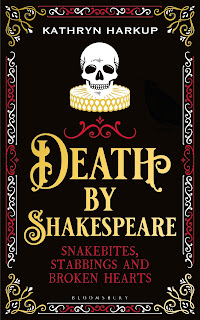 Kathryn's most recent book is available for order in the States. Death by Shakespeare discusses the science behind many of the deaths within the bard's plays. I've already ordered my copy and can't wait to give it a read. You can order your copy here!  I can't really say what Kathryn is working on next, you'll just have to have a listen to her interview to find out!


Posted by Kenna Castleberry at 11:42 AM